Present Day: Behind the Jeweler

"You go through a year's worth of emotions in about an hour conversation when someone is picking out an engagement ring. You're selling a part of someone's life, and that is an emotional memory that I feel like I would drop anything to do..." - More than a jewelry store, hear what Eric has to say about taking on the legacy of being Cincinnati's Hometown Jeweler.

In 1896, C. Edward Richter and three brothers named Phillips opened a store in downtown Cincinnati, Ohio. The store known as, The Richter & Phillips Company, offered many different items to their customers. At the top of the list was jewelry. Salesman traveled all over the country with large trunks full of jewelry, selling to other jewelry companies. The showroom displayed jewelry, diamonds, and giftware.

Mr. Richter and the Phillips brothers worked hard to keep the company going over the next forty years. The downtown store thrived as did the catalogs and traveling salesmen. In 1930, however, suffering from the Great Depression, The Richter & Phillips Company was forced to file bankruptcy. Frederick W. Fehr, a traveling diamond salesman working for a different company took his loose diamonds to the 2nd National bank. There, they loaned him the money needed to buy the store and keep it open. Over the next few years Mr. Fehr bought out all remaining stockholders, thus; making The Richter & Phillips Company a family owned business.

Mr. Fehr and his right hand man, Lawrence Fledderman, continued running The Richter & Phillips Company in the same capacity through World War II. Located in the Temple Bar Building at the corners of Court and Main Streets, Mr. Fehr handled all diamond and jewelry deals while Mr. Fledderman took care of everything else. 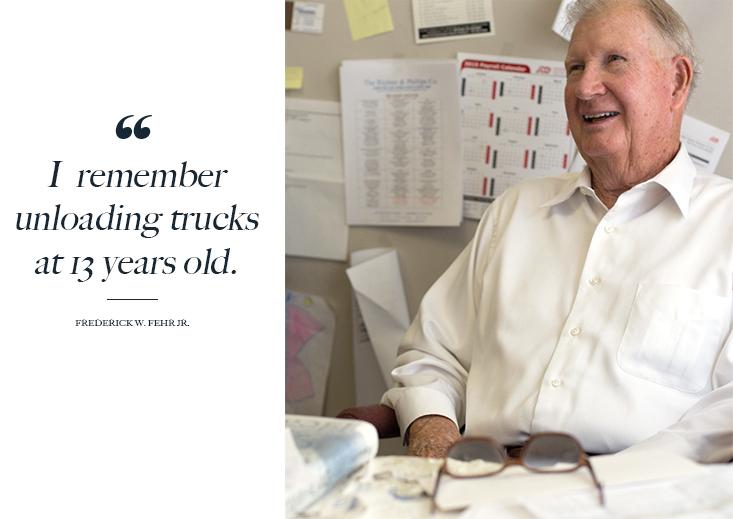 In 1946, Mr. Fehr’s son, Frederick W. Fehr, Jr., began work at the store. “I remember unloading trucks at 13 years old,” says Fred Fehr, Jr., who still works at the store a few days a week, “After going off in the Navy, I came back and continued to work for my Dad.”

In the ’50s, The Richter & Phillips Company had four watchmakers on staff that could take apart and put back together any watch. The store also had their own watch brand, trademarked “Luzerne Watches.”

“We used to print our own catalogs with heavy letterpress blocks; it was expensive and a pain,” explains Mr. Fehr, Jr. “Soon after Mr. Fledderman left in 1960, we joined MAI, Merchandisers Association International. This meant we no longer printed our own catalogues. MAI printed catalogs for several different businesses and swapped out the covers.”

The Richter & Phillips Company continued business as usual until the early 1970’s when Fred Fehr, Jr., decided to branch out. Under a different business name, Richter & Phillips Jeweler and Distributors, Mr. Fehr, Jr., opened three new stores. One in Florence, Kentucky, one in Delhi, a suburb of Cincinnati, and the other in Muncie, Indiana. With much more space available than the downtown location, these three stores displayed all of the items found in the catalogs. Unfortunately, with the recession of 1980, these three stores weren’t quite as successful as the original one and were sold. 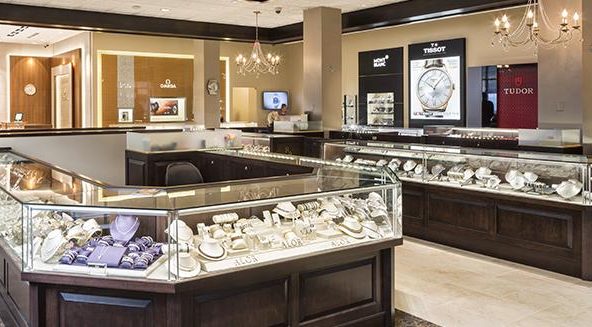 Mostly because of limited space and for other unknown reasons, The Richter & Phillips Company decided it was time to let go of the catalog business. The company would begin focusing on jewelry, diamond, and giftware sales.

In 1981, after becoming a Graduate Gemologist, Fred Fehr Jr.’s son, Frederick W. Fehr, III (Rick) joined the staff at The Richter & Phillips Company. Upon hiring, Rick took over all diamond and gemstone purchasing and sales.

Rounding out the true feeling of the family-owned business, Rick’s son, Eric (4th generation), has joined the line of Fehr’s at Richter & Phillips Jewelers. After studying and performing law for almost a decade, Eric decided to take a leap of faith and take on his family legacy. As of 2017, Eric is a Graduate Gemologist and currently serves as Richter & Phillips’ Vice President.

Today at Richter & Phillips Jewelers, you can find Rick, Eric, and Christy busy at their desks or assisting customers in the showroom.

And sometimes, you can still catch Fred Fehr Jr. plugging away at the mounds of paperwork in his office (or playing cards with his son’s in the back).